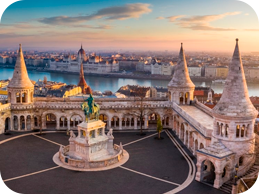 Budapest is the capital and the most populous city of Hungary, and the ninth-largest city in the European Union by population ,the city has an estimated population of 1,752,286 . Budapest attracts around 12 million international tourists per year, making it a highly popular destination in Europe.
The city was chosen as the Best European Destination of 2019 for travel. 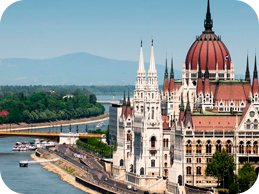 Among Budapest’s important museums and cultural institutions is the Museum of Fine Arts. Further famous cultural institutions are the Hungarian National Museum, House of Terror, Franz Liszt Academy of Music, Hungarian State Opera House and National Széchényi Library. The central area of the city along the Danube River is classified as a UNESCO World Heritage Site and has several notable monuments, including the Hungarian Parliament, Buda Castle, Fisherman’s Bastion, Gresham Palace, Széchenyi Chain Bridge, Matthias Church and the Liberty Statue.
Other famous landmarks include Andrássy Avenue, St. Stephen’s Basilica, Heroes’ Square, the Great Market Hall, the Nyugati Railway Station built by the Eiffel Company of Paris in 1877 and the second-oldest metro line in the world, the Millennium Underground Railway. The city also has around 80 geothermal springs,the largest thermal water cave system, second largest synagogue, and third largest Parliament building in the world. 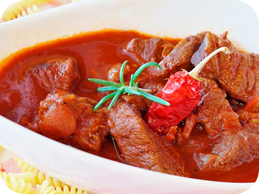 Hungarian cuisine is famous all over the world because of its spicy and sweet and sour flavors. Paprika, whether sweet or spicy , and pepper are used not only in the traditional Hungarian cuisine, but also in all those dishes coming from a real Hungarian gastronomic revolution. Among the most famous dishes there are Gulash , which is a tasty soup with beef stew and pasta, lard (or oil), onions, cumin, paprika, potatoes, carrots, parsley, peppers, and tomatoes