MundiSpainTours. Your Travel in Spain > Cataluña

Nature force retains in Catalonia its most enchanting power. Pyrenees zone is the unavoidable destiny for the lovers of high mountains and nature in pure state; with some special locations such as the National Park of Aigüestortes and Sant Maurici Lake. Admirers of nature sights will be really amazed with the volcanic region of La Garrotxa, specially the beech forest in the surrounding area: la Fageda d’En Jordà. On the south, the Nature Reserve of Ebro River.

The Catalan seaboard is a line that changes constantly as you move all along it. From the steep cliffs and lonely coves of pure blue water in Costa Brava to the extensive thin sand beaches in Costa Daurada. Hundreds of kilometres full of ancient Greek towns, like Empúries, medieval villages as Pals and Peratallada, stunning small fishing towns like Cadaqués, attractive cities with refined architecture such as Sitges, and big cities by the sea like Barcelona and the millennial Tarragona. Religious spirit is on every single corner around Catalonia. Some remarkable examples are La Seu de Lleida, Poblet and Santes Creus monasteries, the one in Ripoll or another in Taüll. Not to mention, of course the most emblematic one: Montserrat Monastery. Those impressive creations share their unavoidable importance with the unbelievable modernist legacy left by two genius architects: Antoni Gaudí and Josep Puig i Cadafalch. 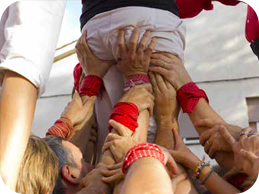 Catalan citizens are hardworking, honest, fair, punctual and respectful. Catalans
proudly say that a well-done job has no borders, and it is true. It is also worth mentioning their hospitality and their entrepreneurial and innovative spirit. 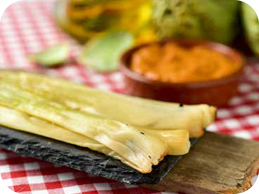 Obviously the pà amb tomàquet (bread with tomato), but you should not forget to taste calçots, escalibada, esqueixada, escudella, butifarra with beans, snails, fricandó, or the crema catalana. All accompanied with cava. 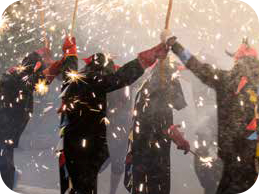 It is essential not to miss an exhibition of Castells (human towers up to 10 heights).
Also, the Correfocs, (which is a fire show with music and dances) or Saint George’s Day, a great festival of books and roses.