Named “El Levante” after the rising sun, this lush region is the part of Spain that wakes up first. Valencia has the Mediterranean  Sea as its front yard, while  the  island “ Huerta”  Garden) is one  of the most  fertile in Europe crowded with orange and lemom groves,date- palms plantations and rice fields still irrigated by sistems devised  by the Moors.

Paella originated in these parts, and juicy orange is named after Valencia.

Evidence of the lengthy Moorish occupation can be seen throughout, in the castles, crops and places names Benidorm, Alicante, Alcoy are all derived from arabic. The region also encompasses historical Murcia, which offert a fascinating contrast to the sun – and – sand debauchery on the water. Explored from one end to the other, this is a and of ancient and modern, of beauty and beastliness.

The growing – self – assurance of the region is evident in the increasing presence of the Valenciano – a dialec – a Catalan – wich challenges Castillan as the main lenguage of education and broadcasting in the area.

Murcia province is quite distinct, a comunidad autónoma, and there could hardly by more severe contrast with the richness of the Valencian huerta. This southeastern corner of Spain is virtually a desert and is some of the driest territory in Europe.

It was fought over for centuries by Phoenicians, Greeks, Cartaginians and Romans, but there survives almost no physical evidence of their presence and in then fell under Moorish rule for five hundred years. 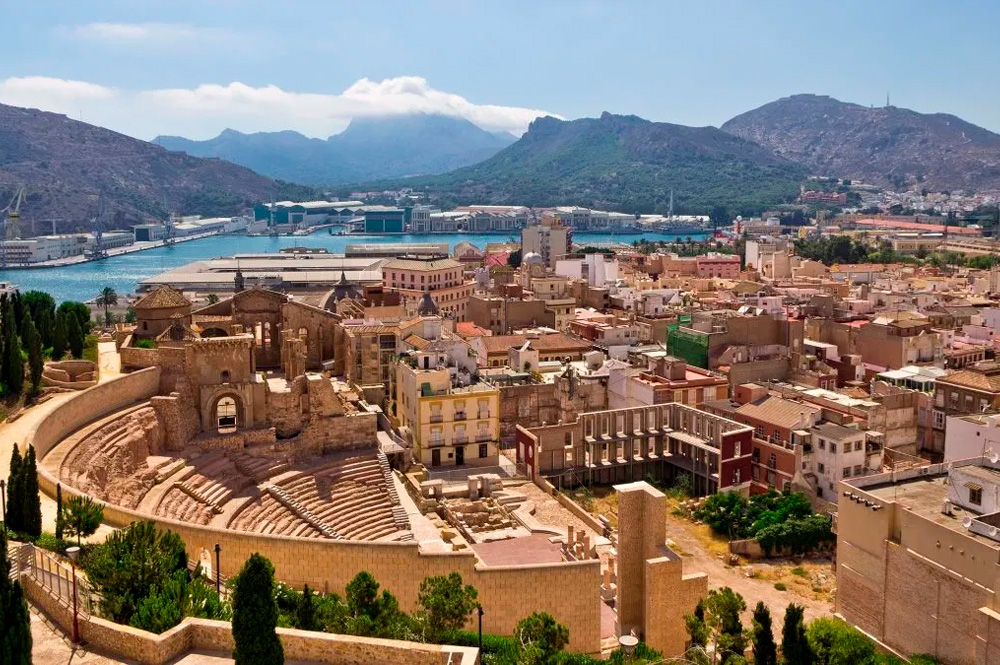 The providence´s capital city of Murcia with is lovely Cathedral and terraces tapas bars, makes for confortables  base for exploring the region.

Much of the coast of the Valencia region is marred by heavy overdevelopment, with concret apartment and sprawling holidays complexes looming over many of of the best beaches.

However away from the big resort particularly around, Denia and Xavia there are some attractive isolated coves while the historic hilltop settlements of Altea and Peñiscola are undeniably picturesque, if touristy.

In Murcia, the resorts of the Mar Menor are reasonably attractive and very popular with Spanish families in high season: the best beaches are in the extreme south, around Águilas, where you´ll find some dazzling unspoiled coves.

The increasingly vibrant cities of Valecia and Alicante are the major urban centers, and there delightful historic small towns and villages a short way inland, such as Morella, Xativa and Lorca.

Come see us, we are waiting for you!!